Domaine le Roc is situated between the Garonne and the Tarn at the heart of the Fronton AOC region. We produce wines with a strong character including “Negrette”, the grape variety that has become our emblem.

Our philosophy has remained unchanged for more than 30 years. We aim to work intelligently and with respect for living things. Our agriculture is responsible and environmentally friendly . We work respectfully and with sincerity, guided by ‘country’ common sense and the knowledge that the land does not belong to us. Since almost 3 years, all the vines are converted on organic farming.

Jean Luc Ribes, a self proclaimed “Bluesman” at night and viticulturist by day, is perfect for his job harmonizing the soil and vines. He is a real pioneer in the way he uses grass. All the vines have been under grass since 1981 and in the winter there are sheep grazing on the land.

The same philosophy prevails in the cellar. The grapes (Negrette, Syrah and Cabernet) are harvested when they are absolutely ripe and they are handled with particular care. Our main concern is the concentration of the wine and the length of time allotted for fermentation. You can taste it right away. The fruitiness of our wine is comparable to no other. It is authentic and generous.

The story of Domaine le Roc is that of a family and a team that is united and where each person has his place. Jean Luc took over the family property in 1981. He was joined by Frédéric and Cathy in 1988 and then by Pierre in 1995. Now, Anne and Grégoire are slowly taking over the winery.

38 hectares, the vineyard tended by Jean-Luc and Grégoire,
vinified with art and affinity by Frédéric and Anne,
and all of this under the kind and watchful eye of Cathy. 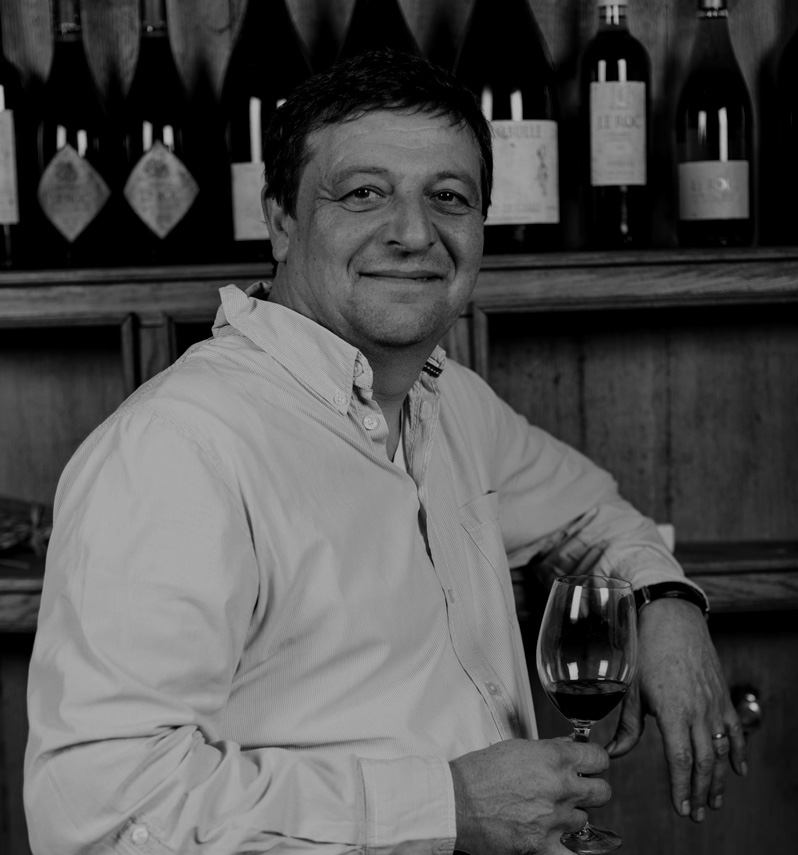 Mathematics, biochemistry, oenology, Frédéric Ribes wore holes through the seat of his pants on the benches of universities before discovering his calling – to work the land. A true vigneron, one who gives the land the freedom to express itself.
Once the president of the Appellation Board, he successfully exported Fronton wines and promoted the Syrah varietal, which thrives on the unique soil of the Roc to display the same qualities as the renowned Syrah from the Rhone. And the Don Quichotte, launched in 1995, is bottled proof. “I love its fruity entry, its light tannins, its subtle balance, its spirituality…” 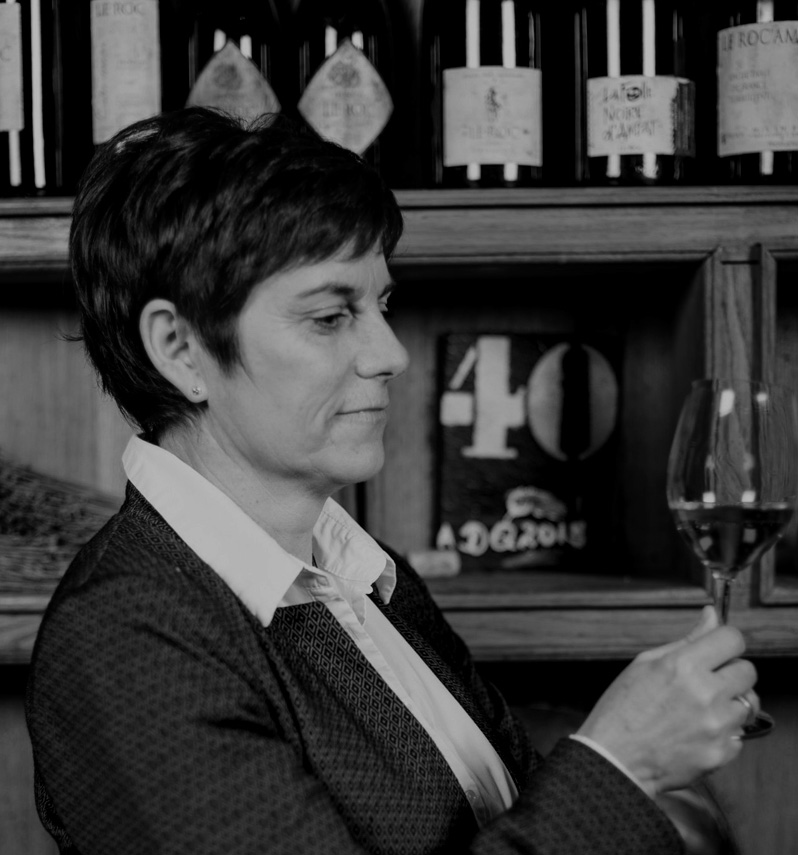 Cathy is the heartbeat of the home, lending a sensitive touch to the wine and a feminine voice to the estate. She fell into the business when she met her husband Frédéric and stands at the heart of a team bound by friendship, love and good humour: “I’m nothing without them and they’re nothing without me”.
Cathy relieves the Roc men of administrative work, and runs the business side of things…Intuitive and passionate, she is actively involved in the blending process and works tirelessly to find a place for her wines in the best restaurants and cellars.
She favours the Saignée : “it is a table rosé, persistent and weighty on the palate, and particularly Cathy Ribes magnificent in the mouth.” 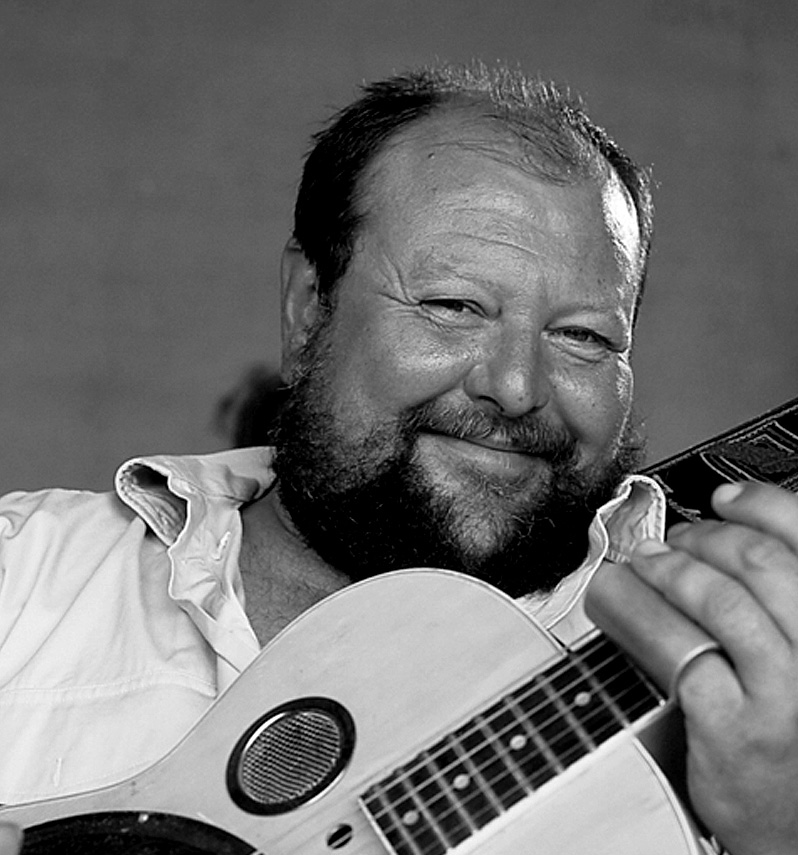 The eldest of the Ribes brothers has two passions : Roc and Blues. When he isn’t in his vineyard, he’s playing music and singing Brassens. He left school to work on the family’s estate. Undaunted by his lack of experience, he even broke the long-standing rules by letting grass grow in his vineyard.
That was 25 years ago, and today he is considered a pioneer of enherbement or ‘grassingover’ : “when the vine’s fine, the grape is good”. So when he isn’t strumming a tune on his guitar, he’s toiling the land or enjoying a glass of Roc : “a rich and generous wine, eternally youthful”.
A wine in his image. 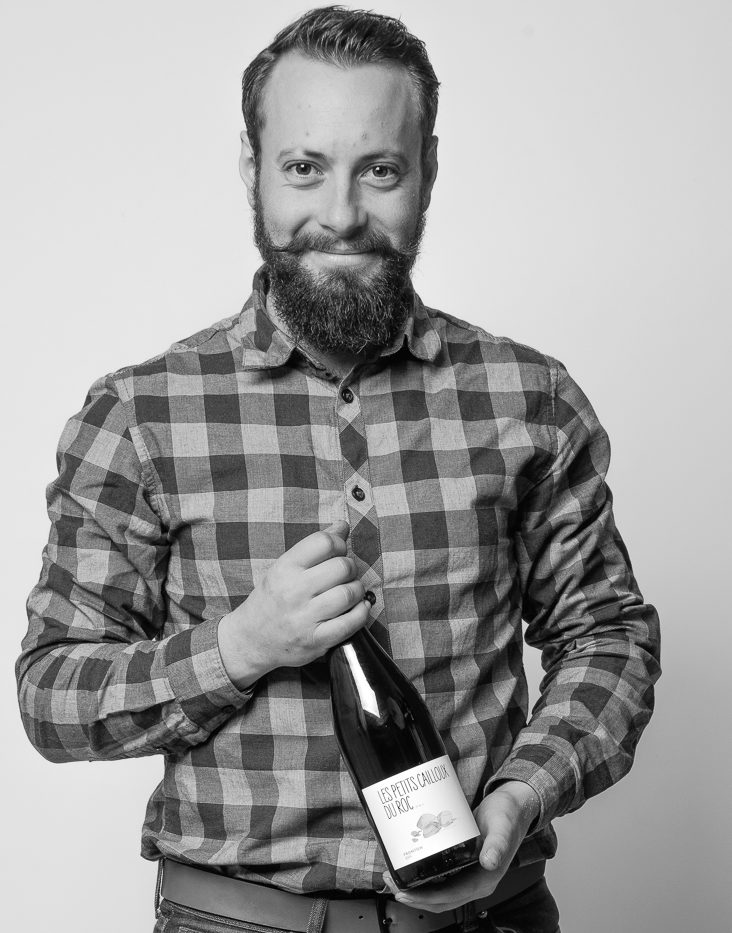 Jean-Luc and Frédéric’s nephew started to prune the vines a few years ago and he became passionate about viticulture. He find in SouthWest a part of his roots. His atypical studies (mechanic, finance and horticulture) leads him to winegrowing. His skills and more important his curiosity allow him to learn fast the winegrower’s job. The quiet side of country remembers him the Alpes where he was born. Jean-Luc is serene and can peacefully teach the new generation. Huge epicurean, he found his place in SouthWest, where he became associate with his uncles and aunt. He will be one of the protagonists of this beautiful journey, part two. 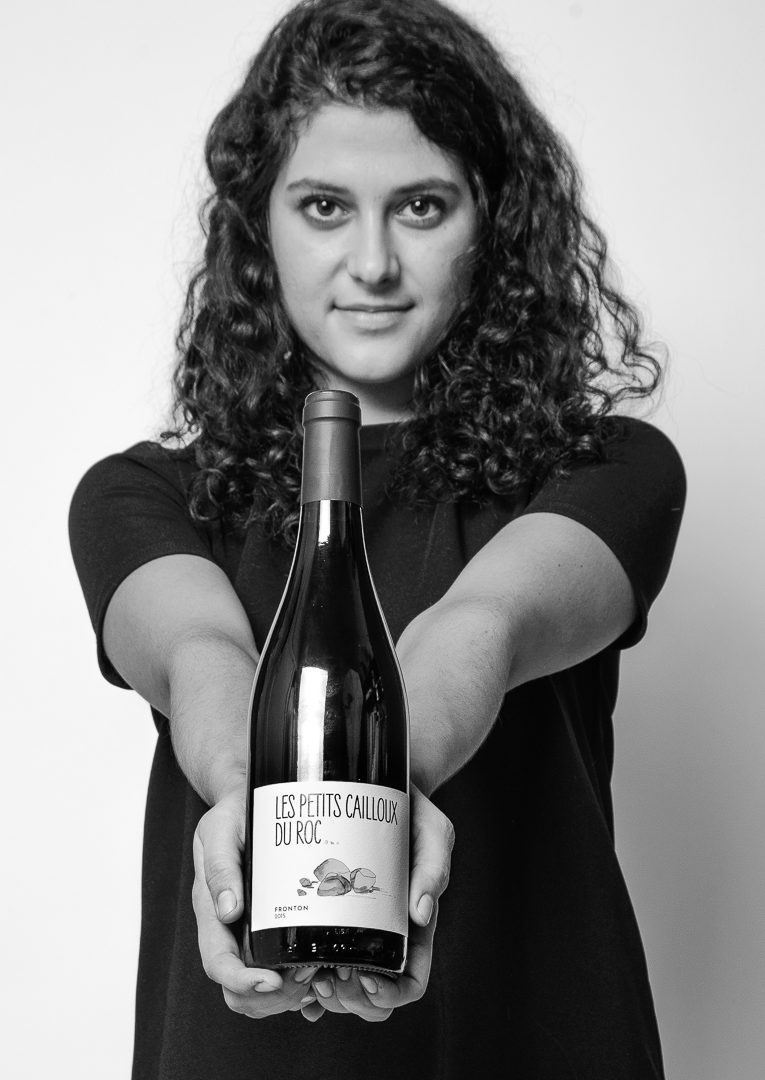 Anne is the last Frédéric and Cathy’s child. She quickly knew what she will do later “she felt in the oak barrel when she was little”. After she studied viticulture and oenology in Montpellier, all she wants to do is come back to work and help Grégoire as the new generation of Le Roc winemakers. Passionate about oenology she works in the cellar and in business. She make her place in this man world. Grégoire and Anne decide together to take over the estate and from the beginning they are a solide tandem: enthusiast, complementary and audacious.

Asking Grégoire or Anne about their favorite wine is easy, they both will answer Les Petits Cailloux du Roc, first wine they made together where we can see that the old generation can be proud of the new one.